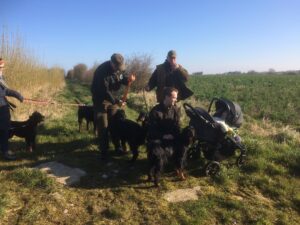 Good Evening to all,
sorry for the delay with which I provide these news. The executive committee has accepted the request of accession of Spain at Gordon Setter Club International. So at present moment are active members of the SGCI the following countries: Italy, France, Germany, Switzerland and Spain.
The SGCI has also established that in the field trials of european championships, that take place in accordance with the regulations of the FCI, the judges will otherwise take that dogs from countries of North Europe are trained to “Flush”.
In annex I pass on a statistics on the gordon setter in the period 2006-2015 in some european countries and I will ask you to report any errors.
In my opinion, for the good of the breed, is required increased compared with breeders of North Europe, even for “refreshing” the blood lines.
Therefore I would like to appeal a high invitation to join the SGCI, with the consequent possibility to organize championships on your land.

I remember that next spring European championship on partridges will be held in Feuges March 17 and 19, while the championship for joung gordon will take place on March 18. For entries, please contact directly the SGCI President Mr. Piedvache: yves.piedvache@wanadoo.fr
Best regards.
Maurizio Peri – Vice Presidente Setter Gordon Club Internazionale